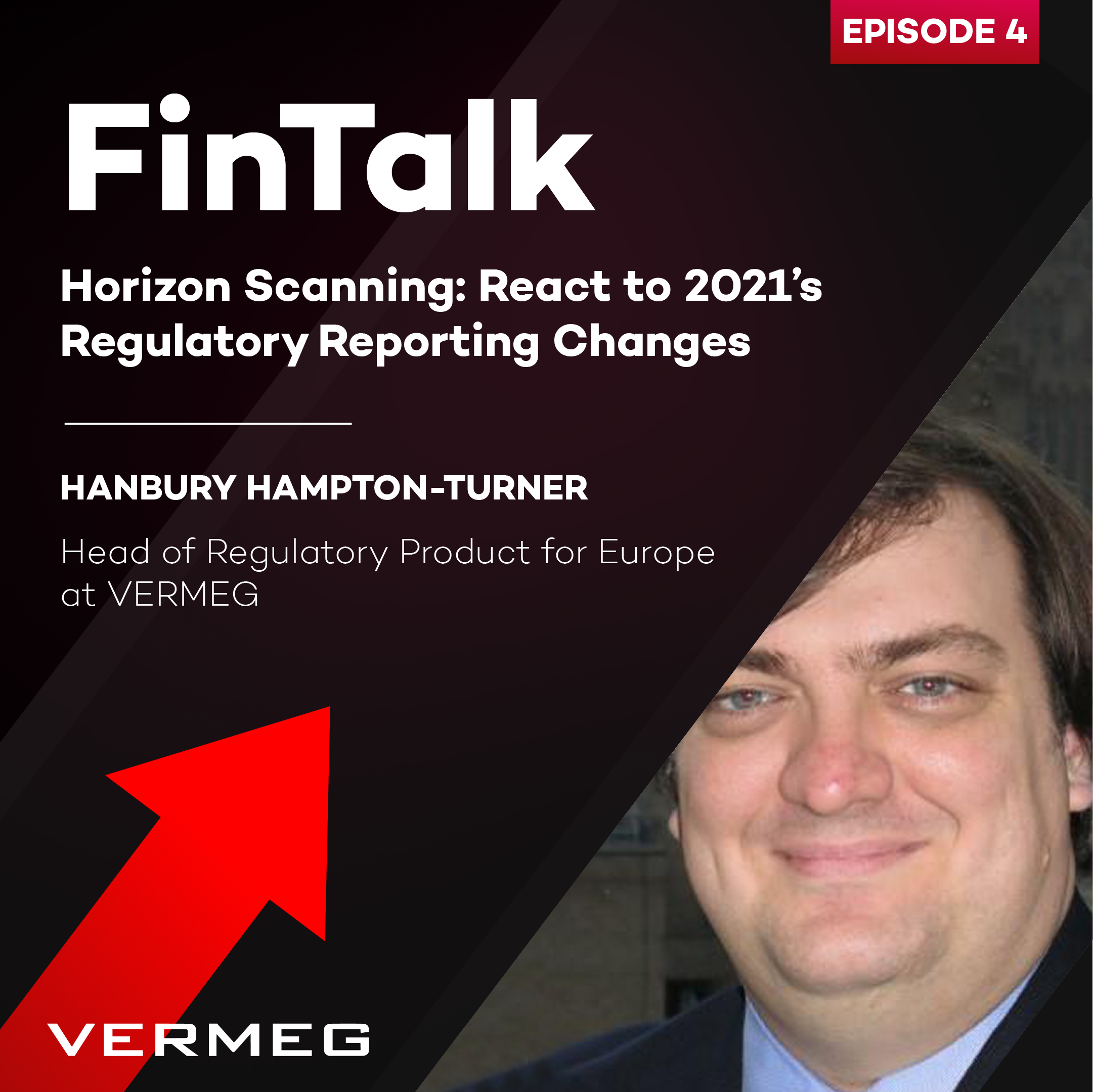 Listen on Other Podcast Platforms

As we lead up to the new financial year, it’s a perfect time for some horizon scanning, particularly with the quantity of sizable changes we’re seeing in regulatory reporting.

Hanbury Hampton-Turner is our Head of Regulatory Product in Europe, and is tasked with interpreting the new rules on a global basis. We draw on Hanbury’s expertise this week as we cover recent developments in IFPR, CRR2, IFRS9, the move to BEEDS, and much more.

“We’ve seen some very big changes in 2021, not least the big changes that are still being manifested. Now, we’ve got the changes to counterparty credit risk, that was a very major component of the change to risk calculations, applying to derivatives, SFTs, and products that go through a clearing house or central clearing member of some kind, and the credit risk around that.” – 1:45 – Hanbury Hampton-Turner

“From the start of this year, it’s the first time for a great many decades that the Bank of England and the EBA have been separate, in terms of the regulations that they’re choosing and are forging separate paths. That’s already had an initial effect.” – 2:55 – Hanbury Hampton-Turner

“Most of what we’ve seen in Q1 this year is rules going live from things that were set up last year. So IFPR, we’ve got investment firms reporting under their own new set of rules for the first time. That’s quite an interesting situation we’ve got there because the IFPR rules are much simpler than the banking rules, but they do rely upon firms hitting certain criteria to mean that they can report as investment firms with certain characteristics.” – 5:45 – Hanbury Hampton-Turner

“The other thing to remember about the high earners report, the COR 15 report is that the format is changing from XML to XBRL. This is perhaps the opposite way around to the way certain tech leaders were thinking it would move, but looks like the regulator’s actually moving towards it.” – 8:20 – Hanbury Hampton-Turner

“There’s the elephant in the room, the biggest change to statistical reporting in several decades, which is the SRDD changes. This is a big change as they gradually shut down the XML-based OSCA platform, and move all the reporting onto BEEDS, which is the XBRL-based platform. That’s being done gradually from Q1 to Q3.” – 10:25 – Hanbury Hampton-Turner

“We’re having conversations about what is covered and which companies and which subsidiaries are covered. Because some of these companies are having to report information for the first time or include subsidiaries for the first time. The definition of subsidiary is extremely broad, and goes beyond just ownership or anything that’s connected to the company, or anything which you might have influence over, for example a favoured customer.” – 12:35 – Hanbury