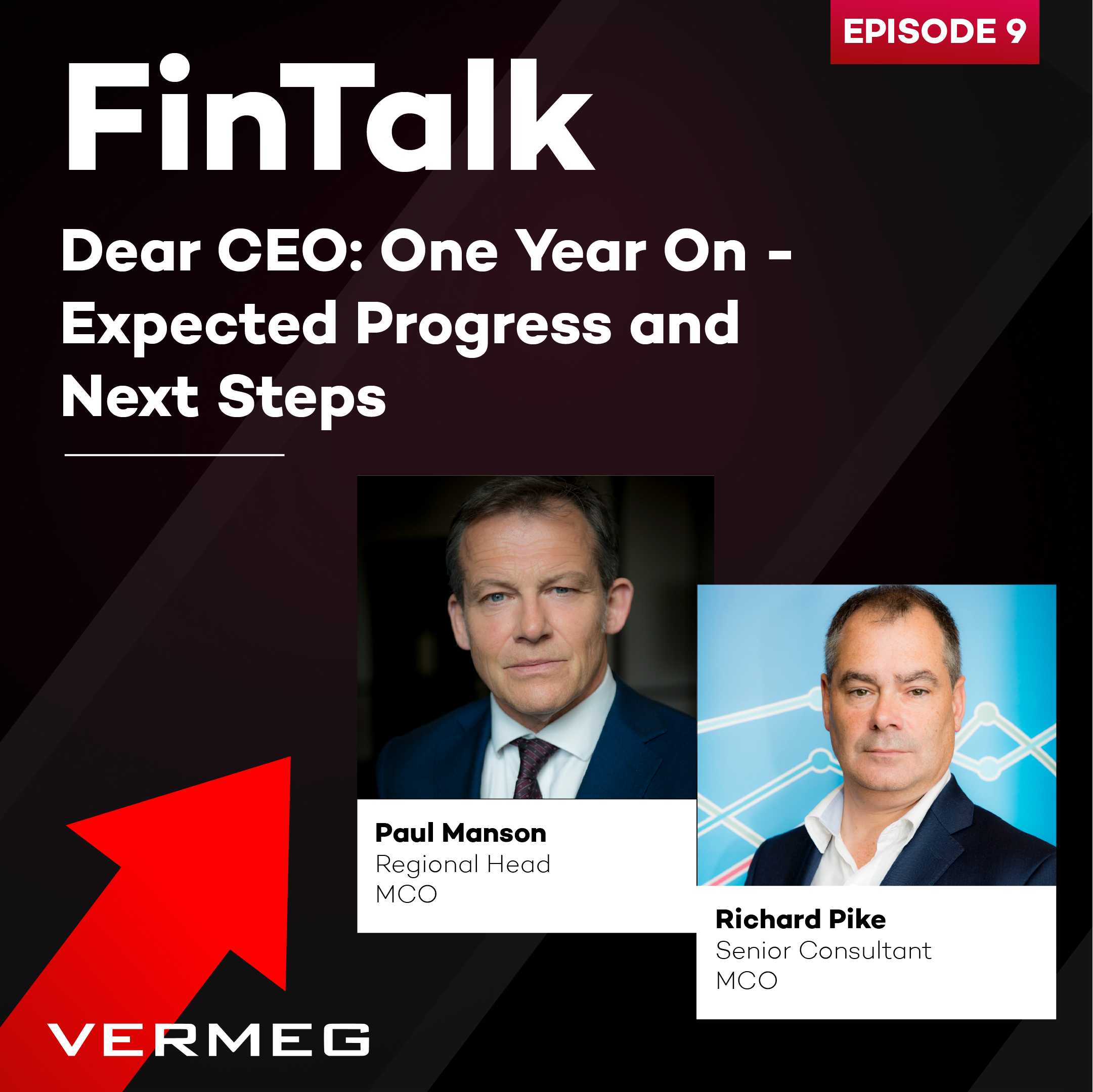 One year on from the Dear CEO letter emphasising the need for investment and focus on regulatory reporting, where should firms’ reg reporting systems be now, and what might the future hold?

This week on FinTalk, MyComplianceOffice’s Richard Pike and Paul Manson weigh in on the progress that’s expected of firms in response to the letter, ideal methods to focus firms’ investments into regulatory reporting systems, and next steps to bring regulatory reporting alongside financial reporting.

“The interesting thing for me in that Dear CEO letter that has resonated in some cases, and hasn’t in others, is the link that the regulator made between the approach to your financial accounts – sign off process, review process, all that stuff – compared to your regulatory reporting, and they were putting them on the same level. ” – 4:30 – Richard Pike

“This is a horribly complex topic, so I’m wondering whether you’re looking at the timing, and maybe people are still going through that process of trying to work out what they need to do, rather than actually funding it.” – 10:55 – Paul Manson

“I certainly would have expected to see everyone with a Target Operating Model for good quality reg reporting after that letter. Now, how do we implement that? If people weren’t at least at that stage, I would be concerned that the regulator will be jumping all over them.” – 12:20 – Richard Pike

“So at a minimum, I would be asking for a GAP analysis. I’d be asking for someone in compliance to go through that letter, word by word. That’s coming back to the point that it’s really clear in that letter that they expect this to be akin to financial reporting.” – 14:45 – Richard Pike

“Look at the FCA and the SMF roles where they sometimes don’t feel they’re getting taken seriously by the market, they’ll roll some heads, make some examples to say, ‘We’re doing this seriously now’. If they didn’t get the response they thought was necessary from this Dear CEO letter, when they’re doing their firm reviews, maybe you’ll see some of that happening.” – 20:20 – Paul Manson

“From my mind, you want a Target Operating Model first to understand what you want, and then go look for your systems. But the more that you can automate checks and challenges, the better.” – 26:40 – Richard Pike

“If, in the last year, you’ve done a GAP analysis, decided what you should be doing, there’s got to be a sense of priority around that, because you can’t boil the ocean. You’ve actually got to pick a top few things that you’re hoping to address in the short term. That’s where your funding’s gonna go.” – 27:40 – Paul Manson